‘Twas The Night Before Jesus Came


Christmas gatherings often fill up and can even overwhelm our calendars during this time of year. Perhaps this little poem could be a little something different that you can share with a Sunday School class or small group in the days ahead. As we each celebrate the Advent of Jesus, let us reflect with others on His Second Advent as well.

'Twas the night before Jesus came and all through the house
Not a creature was praying, not one in the house.
Their Bibles were lain on the shelf without care
In hopes that Jesus would not come there.

The children were dressing to crawl into bed.
Not once ever kneeling or bowing a head.
And, Mom in her rocker with baby on her lap
Was watching the Late Show while I took a nap.

When out of the East there arose such a clatter
I sprang to my feet to see what was the matter.
Away to the window, I flew like a flash
Tore open the shutters and threw up the sash!

When what to my wondering eyes should appear
But angels proclaiming that Jesus was here.
With a light like the sun sending forth a bright ray
I knew in a moment this must be The Day.

The light of His face made me cover my head
It was Jesus! Returning, just like He had said.
And though I possessed worldly wisdom and wealth,
I cried when I saw Him in spite of myself.

In the Book of Life which He held in His hand
Was written the name of every saved man.
He spoke not a word as He searched for my name;
When He said, “It’s not here,” my head hung in shame.

The people whose names had been written with love,
He gathered to take to His Father above.
With those who were ready He rose with a sound
While all the rest were left standing around.

I fell to my knees, but it was too late;
I had waited too long and thus sealed my fate.
I stood, and I cried as they rose out of sight:
Oh, if only I had been ready tonight.

In the words of this poem the meaning is clear;
The coming of Jesus is drawing near.
There’s only one life and when comes the last call
We’ll find that the Bible was true after all!

Popular posts from this blog

- December 29, 2019
Friends of ours were married on October 10, 2010. What's so special about that particular day? Well, they decided that the best way to remember their anniversary was to plan their wedding on a special numerical date on the calendar - their date being 10.10.10. And guess what? Their plan has worked!

Just like this couple, we are entering into a new year with a special numerical opportunity for 2020. Wouldn't it be fun to take this unique year and spread around some extra blessings? Now, we could come up with a plan to do 20 special things for our husbands in 2020. Or, perhaps we might dream up ways to bless our church family. But, what if we mixed it all up together and chose 20 things to do in 2020? A simple way to encourage others - and ourselves in the process! A lot of good could come out of this simple strategy for life.
So, in keeping with the 2020 theme, there are a variety of different ways to create unique lists. You could choose one idea and do it 20 times throughout th…
Read more

Until God Opens A Door, Praise Him in the Hallway

- January 26, 2019
Is it the influence of our ‘me-centered’ society or just the reality of our humanity? The tendency to look toward and anticipate the next big thing on the horizon is all too common – even for the believer. Our intent to walk carefully on the path of healthy pursuit can easily get muddled by the whispers of selfish ambition and pride. We dream of achieving a long-desired goal, and we wait impatiently for enough wiggle room in the budget to buy that special something. There is always something bigger and better to work toward.
Opportunities abound in our world, and we are bombarded daily with fun ideas, interesting destinations and creative ways to organize our homes or spice up next week’s menu. Juggling the many demands on our calendars takes a healthy dose of planning, patience and grace. We do our best to meet the needs of those we love without neglecting the demands at work or our husband’s desires. We have a heart for the unmet needs at church, yet know that there is only so much o…
Read more

Praying For The Church

- August 26, 2019
Just yesterday, a dear woman shared with me that “I pray for your church every day.” I was dumbfounded for a moment. She had been praying for our church? Every day? Wow! A myriad of thoughts flew through my mind. “The fruit from those prayers are unfathomable.” “I’m so humbled and ashamed, Lord. I don’t pray for our church every day.” “Thank you God, for this faithful lady and her prayers!” The Church - the Bride of Christ.The Church - the body of believers.The Church – all those who have accepted Jesus as their personal Savior and are being transformed into His likeness. (Revelation 19:6-8)
Do I pray for her? How do I pray for her?
After some thoughtful reflection, I considered the prayer of Jesus in John 17. He prayed for His disciples and all those believers that were to come. (That’s us!) He prayed for unity among the believers, the church, and that through that unity the world would see the glory of His Father. Now, that prayer, in part, I have prayed for our church – but likely at …
Read more 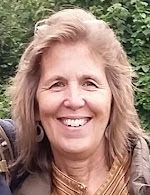